You are here: Home / Meet Our Team

Feel free to reach out and connect with one of our leaders. 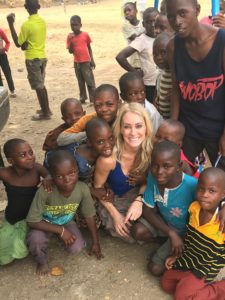 Since childhood, Brenda has been fascinated with Africa and knew one day she had visit.  In 2012, an opportunity presented itself within her church to travel to Uganda and she immediately jumped on board.  Her first trip was spent taking it all in and in complete awe of how completely different we live our lives.  Throughout the trip, the question repeated itself over and over in her mind…”how in the world can we have everything we could possibly need and these people are struggling to feed themselves?”  After returning home, she struggled with processing her experience and feelings and felt a deep desire to help as much as she possibly could.  She has developed a deep love and passion for the people of Uganda.  She took on leading our penpal program and has created multiple other programs over the past seven years that have had a positive impact on not only our 80 orphan children but countless others.  She has been to Uganda nine times and is anxious to return to her home away from home in February 2020.  While she considers Project Hope: Uganda her full time job, Brenda also works as a labor and delivery nurse in Portland, OR for the past 21 years.  She is married and has three daughters, two of which have traveled to Uganda with her and have had amazing, unforgettable experiences.  In her spare time, she plays city league tennis, enjoys working out, spending time with friends, learning new things, meeting new people and travels any chance she gets. 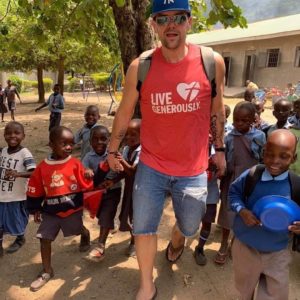 Seven years ago, Craig was in a very dark time in his life battling drug addiction that began at a very young age. He was near death in ICU as drugs were winning the battle. Once he recovered, he surrendered himself to treatment and the life long journey of recovery. Two years ago, Craig decided to take the leap of faith into the unknown, joined the Uganda team, has taken three trips and is a tremendous help to running our organization.  It was in Uganda that he discovered a real passion. Giving back has given him a sense of purpose in his life which he felt he lacked for most of his life. He absolutely loves Uganda and the people of Uganda, so much so that he embarked on a solo 7 hour journey across the country on the local bus system. He has stories to tell.  Craig currently runs our weekly food supplement program and helps on a daily basis with the needs of our children.

Outside of Uganda, Craig has been married to Michelle for 23 years. They have a 22 year old son and an 8 year old Great Niece that they are raising as their own. He has worked in the transportation business for 10 years and enjoys camping, watching baseball, hanging out with friends and traveling. When football season comes around, you will find him rooting for the Ducks, as he is an avid Oregon Duck fan. Arlo is a retired nurse who was raised in India and lived several years in Ethiopia.   Her and her husband, Herman have been married for 58 years.  She is an outgoing, people person who loves to travel and has visited 52 countries. She has been to Uganda 10 times and twice has stayed on her own for several weeks, pretty impressive at 81 years old! Arlo is an extremely hard worker and has a gift for organizing, creating structure and beautifying surroundings. In her spare time, she enjoys spending time with her friends, meeting new people, volunteering for church projects and traveling to new countries.  She enjoys teaching classes on personality types to help people better understand their strengths and weaknesses.  She lives in a yurt and once was an avid miniaturist creating hundreds of amazing little rooms that are displayed in her home.  She is an avid Survivor fan and tried out for the show on her 80th birthday. She is looking forward to returning to Uganda in October 2019 to spend time working on a classroom she has created called the “discovery room”. This room provides young children with hands on learning, something that is just not available in Uganda. Michelle first became aware of the help that the people of Uganda needed by following Brenda’s journey on Facebook.  Her posts inspired Michelle and she knew that she had to get involved and wanted to help in any way she could.  In 2013, when Brenda put out a request for anyone who wanted to help sponsor an orphan, Michelle knew this was her opportunity to try and help make a difference in the life of some of the most vulnerable children in the world.  Michelle was blessed to be able to take a trip to Uganda in August 2016 to meet her sponsored son, Bright.

Michelle’s most enjoyable pastime is spending time with her family.  She also enjoys watching the History Channel, reading, traveling, camping and laughing uncontrollably with family and friends. Twelve years ago, John and Karen Williams became aware of the large number of orphans living in Uganda and decided they could impact some precious lives.  In 2006, with the help of friends and God’s leading, they built our current orphanage home in Western Uganda.  Many wonderful friends have joined in.  John has owned and managed a distributing business for over 40 years and Karen has worked as a medical doctor for over 30 years.  The couple have two adult children.  John has traveled to Uganda several times and the couple considers the opportunity their lives’ future work.  John and Karen are also hoping to serve not only the needs of orphans but look upon the Bundibuygo district as a field for medical and economic projects.  They invite others looking for meaning to share their joy.  The Williams enjoy a rounded life of recreation, travel and a nice home in beautiful Washington state. Herman was born in New Brunswick, Canada in a family of 8.  He is the only one to leave the nest and come out west.  He became a US citizen in 1996.  Herman is married to Arlo and has been to Uganda three times.  He is an avid traveler, loves taking cruises, listening to music, spending time with loved ones and reading.  He will visit Russia, his 54th country this year.  While he lives in Washington state, he has spent many months every year working in California as a lab tech at St. Helena Hospital.  He just retired after 60 years of working. He enjoyed helping out when they were short on staff and had been there for 37 years.  He has a peacemaker personality, is a great team player and a joy to be around.

Isaac grew up in the zero income village of Bwera in Kasese district in Western Uganda. He is 28 years old and has a daughter (1) and a son (4). He will be marrying his life partner, Nelly, in February 2019.

Because of extreme poverty during his childhood, he is the only child out of seven in his family who has been able to complete college. Growing up, his parents could hardly afford even a single meal a day. They lived under a small grass thatched house with very limited access to basic needs. Isaac is a self starter and was able to earn school fees at a young age by making bricks from mud, working in the neighbor’s fields, providing general labor at construction sites and picking coffee and cotton from trees. The same struggles happened throughout college, but even with the hurdles, he was able to make it. He credits the Lord and also support from two important gentleman in his life. Given the hardships he went through during schooling, he made a promise to God to help the vulnerable and the needy as the only way to thank the Almighty for allowing him to succeed. He earned his diploma in accountancy from Liberty College of Management.

In 2013, he was offered a job as an accountant at Three Angels High School in Ntandi where Project Hope Uganda operates their orphanage. Little did he know God was drawing him nearer to his dream. In 2017, he began employment with PHU as director at Fort Portal Vocational Home where he works with our older children. Isaac still works as the school accountant but is passionate about helping our orphan children. Since two jobs don’t keep him busy enough, he is currently studying at Bugema University pursuing a Bachelor’s degree in Accounting & Finance to enhance his career.
He plans to start a project in future which will focus on helping the underprivileged in his home village to pursue their dreams. PHU is blessed to have him as part of our organization. 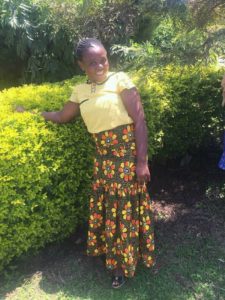 Nelly Muhindo is our matron at the Fort Portal Vocational Home. She is 27 years old and comes from Bwera town in the Kasese district. Nelly is married to Isaac, the leader of our vocational program. They have two children, a son, Award 4 years and a daughter, Reward 1 year. Nelly is the second born of her parents among 8 children. She completed high school in 2010 and joined the vocational level of education at Mbarara training institute. She earned a certificate in secretarial studies. In 2014, she worked as a secretary in a stationary store in Bundibugyo. Nelly worked as a secretary of Hot Springs Secondary School in Ntandi in 2015-16. Nelly currently oversees 11 students at our vocational home. Four of students are still in secondary school and were chosen to move into our vocational home based on behavior and school performance. She also cares for 2 kids with the disabilities, Marriam with cerebral palsy and Nyakato who is deaf. We also have 3 girls and 2 boys in our vocational program. Nelly also just is in charge of taking food supplement to all 22 of our kids at the Fort Portal Secondary School weekly. She really enjoys mentoring our students to become responsible and successful citizens of Uganda. 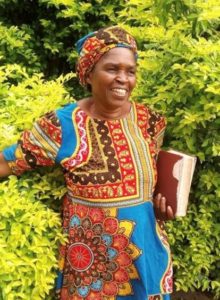 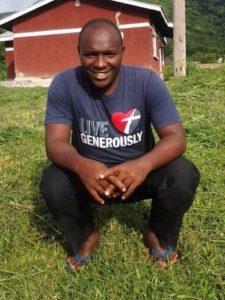 Kule is 25 years old. He is married to Juliet and they have a baby boy, Hayley. Kule comes from the Kirambe village in the mountains of Bundibugyo in Western Uganda. He and his parents still live in the mountains. He is the youngest of four children and came from a very poor family which made his education difficult to achieve. He attended Moons Secondary School and Bundibugyo Teacher’s College for his teaching certificate. He currently teaches math and reading to primary students at Ntandi SDA Primary School where our young orphanage children attend school. In 2016, Kule was hired as the Wellness Club President sponsored by the Project Hope Uganda. He does a fabulous job at managing all our handwashing stations, daily vitamin program, administering parasite medication, running the food supplement program as well caring for our children on school breaks. In his free time, he enjoys watching movies and sports games. He has never left Uganda but hopes to one day visit Kenya or South Africa. He dreams of one day going to America, Germany or England.

Thank You To Our Generous Sponsors 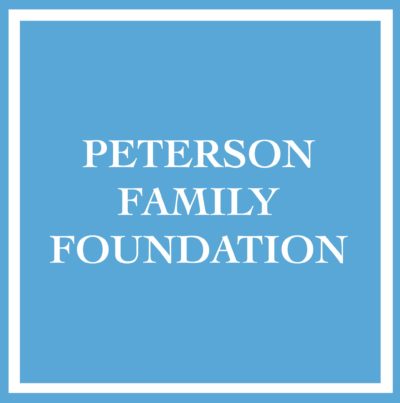 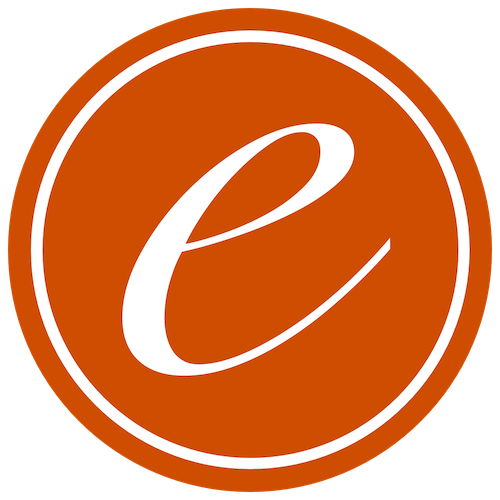 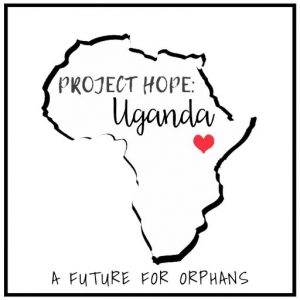 Project Hope Uganda is a 503C nonprofit organization, EIN #82-1795430. We are committed to helping orphaned children in Western Uganda. All donations go directly to support our children and help provide them with a brighter future.