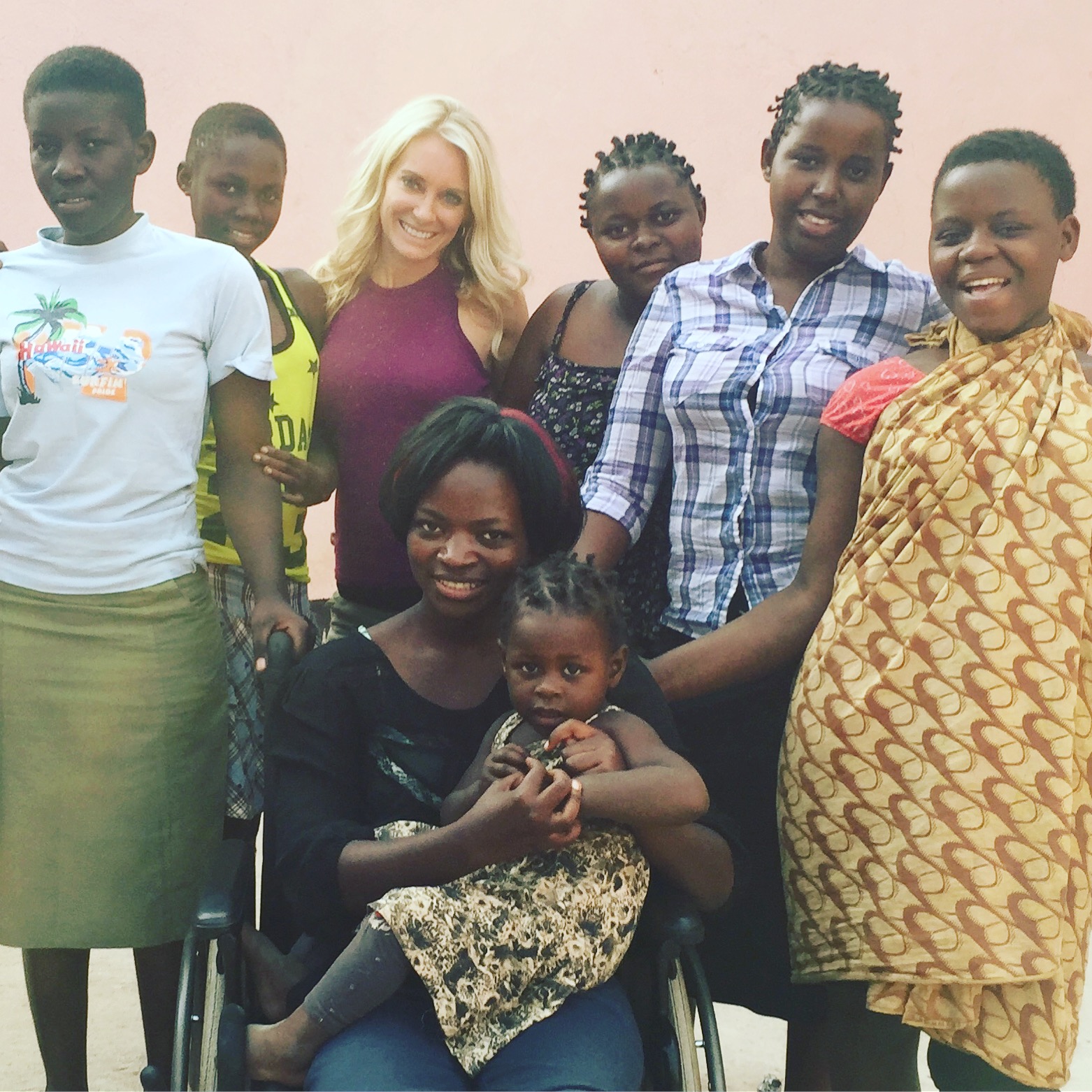 In January 2017, Brenda Hudson and Arlo Mellish embarked on another journey to Uganda.  Their primary focus was to help establish the newly opened vocational home in Fort Portal.  This home was completed in December 2016 with the purpose of housing our children after they complete secondary school.  The children will transition to this home into a town setting which is much different from the little village of Ntandi where they have spent most of their lives.  It was an overwhelming trip with so much to do so during their stay.  Establishing rules, routines, expectations not to mention furnishing the entire home.  We were tremendously busy from dawn until dusk and after realizing we could not possibly accomplish all we needed to in 2 weeks, Arlo decided to remain there to help until Brenda returned in March with the mission team.

During that same trip, Brenda interviewed approximately 30 orphans who were all hoping for 1 of our 13 openings we had in our orphanage home.  It was a heartwrenching task of trying to make the best decision possible by choosing the most in need.  There is so much poverty and tragedy it is really overwhelming at times.  We do what we can and we were so grateful many donations came in that provided orphaned children that we had to turn away with tuition assistance so they could enroll in school.   Arlo was able to get a tremendous amount of work done in the next 8 weeks while working with our Ugandan leaders to get the home established and the 13 newly relocated kids settled.

After several years of using a personal driver or renting a vehicle, we decided since there were just two of us, it was time to start traveling the Ugandan way….a boda, boda (motorcycle).  We became quite comfortable using these and Arlo ended up with her own personal boda driver that she became close with and has used him on her subsequent visit.  We use this means of transportation while traveling around Fort Portal town to and from our hotel to the vocational home.  When we travel to the orphanage, a vehicle is used since it is over an hour away.  And yes, we should invest in a helmet, not an easy find there. 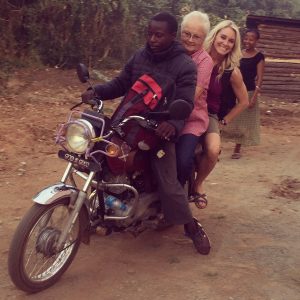 Below are all of our vocational kids that have transferred from Ntandi to Fort Portal.   Left photo, Left to right.  Justine, Ellen, Brenda, Teddy, Margret, Nyakato and sitting Marriam with Prossy who is the daughter of our dean, Maate Arkins.  Right photo:  John, Emmanuel, Macknon, Joseph, Brenda, Eryazali and Edimon front 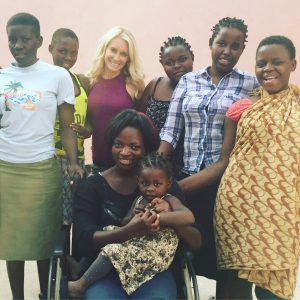 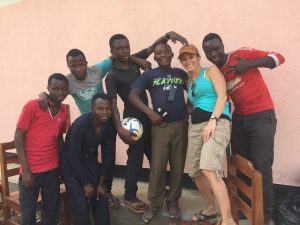 Arlo passing out supplies to all of the kids in the courtyard of our vocational home.  Green jugs are called “jerry cans” and are used to store water.  Buckets are used for bathing. 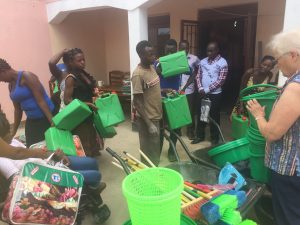 So fun….haring lollipops with some of our primary students and leaders.  Treats are nonexistent for these kids. 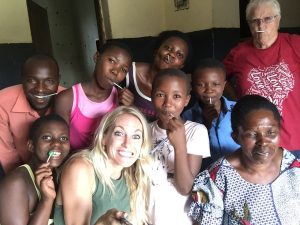 Walking with the boys to town to get their bikes fixed and to buy a couple more. 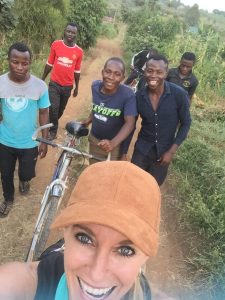 Some of the kids I interviewed for to fill our openings.  This disabled mother brought her son to us hoping to enroll him.  Sadly, we could not accept him but we did get a sponsor to help pay for him to attend school.

Project Hope Uganda is a 503C nonprofit organization, EIN #82-1795430. We are committed to helping orphaned children in Western Uganda. All donations go directly to support our children and help provide them with a brighter future.

Thank You To Our Generous Sponsors: